In her last solo engagement before taking maternity leave, the Duchess of Cambridge christened Royal Princess in Southampton today. 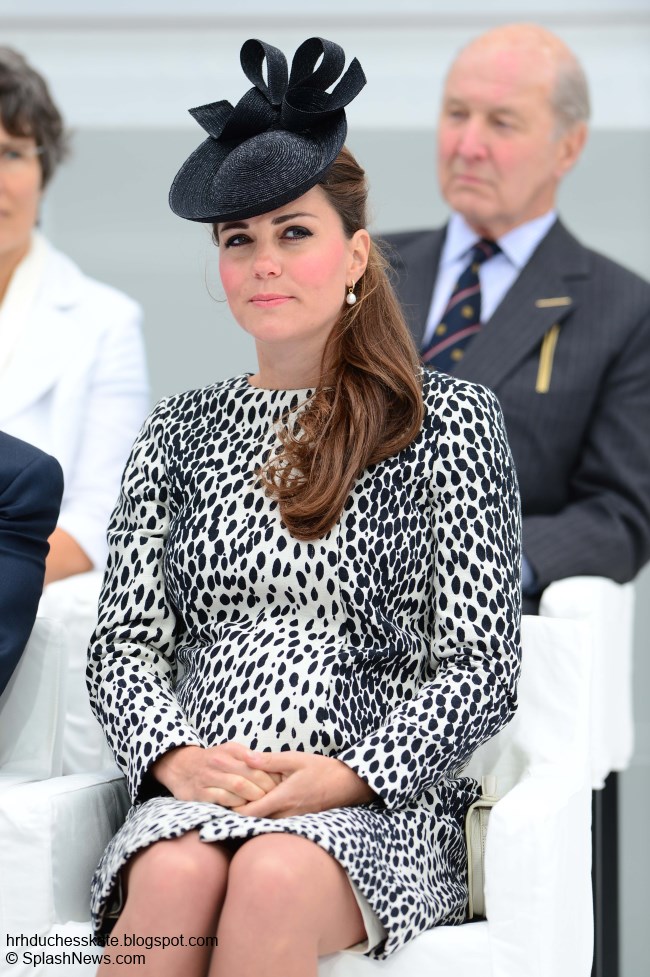 There was tremendous excitement at the docks as the Duchess arrived with members of the media from around the globe lined up to report on the engagement. 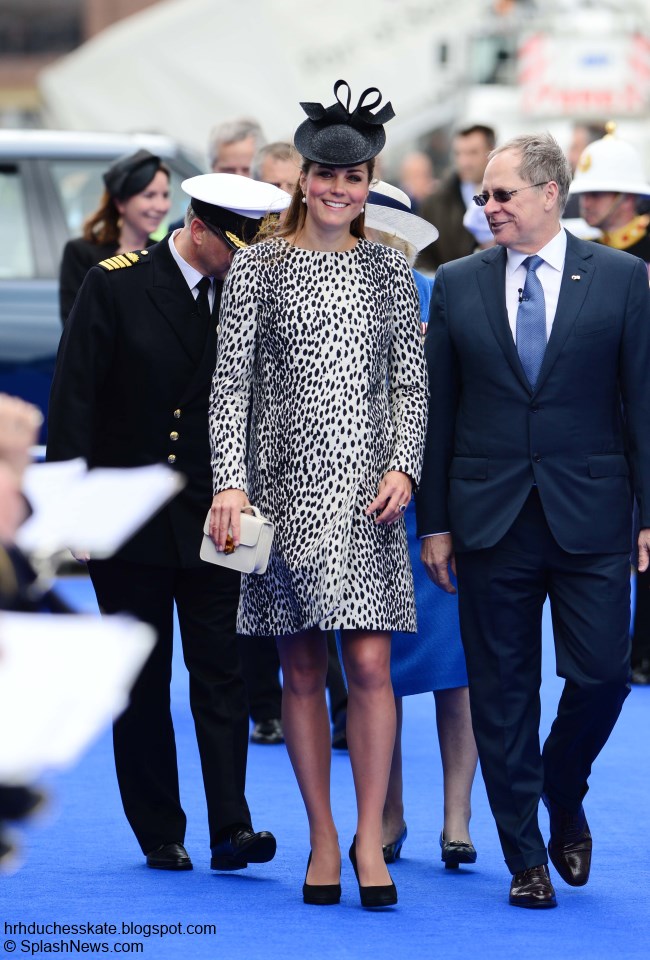 The gigantic vessel arrived at the Ocean Terminal in Southampton last Friday.


The 3,600 passenger Royal Princess is described as a "new generation" ship, and among its impressive features is a greatly expanded atrium, an over-water Sea Walk, a top-deck glass-bottomed walkway extending 28 feet beyond the edge of the ship, private poolside cabanas that appear to be floating on water, and for those who enjoy dessert - the largest pastry shop on sea.


The ship's full company posed for the traditional photo of the inaugural crew.


During the ceremony Kate said the words "I name this ship Royal Princess. May God bless her and all who sail in her" and smashed a magnum of champagne against the vessel's hull. 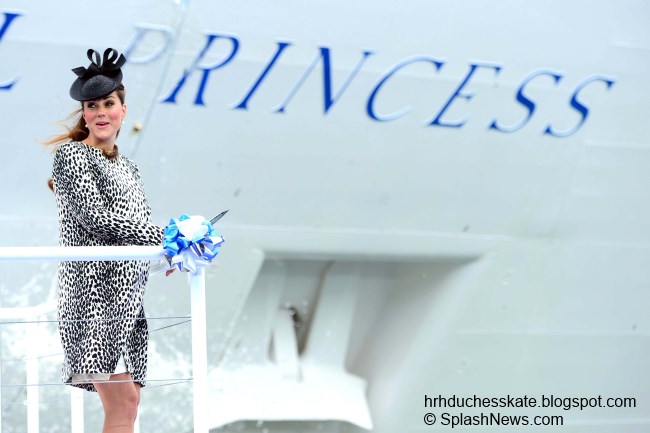 
Kate looked very pleased when the bottle smashed. It is said to be bad luck if it doesn't.


A bereaved family who received care and support from Kate's patronage East Anglia's Children's Hospices played a part in the ceremony. Izzie and Charlie Rowbotham presented the Duchess with a pair of scissors to cut the rope with before the bottle break.


I thought it very touching to include a family from one of Kate's charities in the festivities. 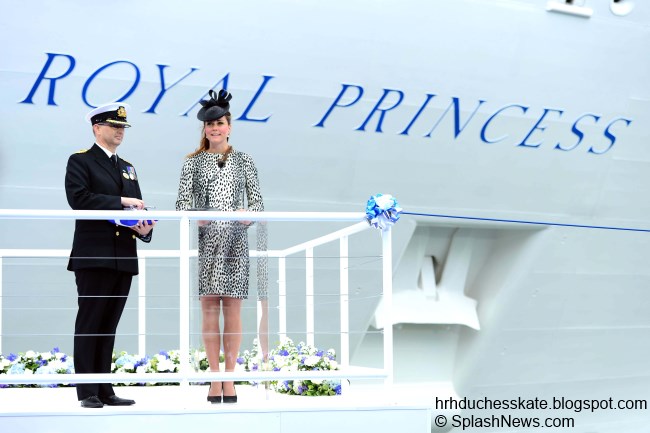 'We're delighted HRH invited a family from EACH to be part of the naming ceremony. We know how excited and honoured they are. Our Royal Patronage has provided us with many great benefits including raising awareness and understanding of our services.'


Among the festivities The Royal Marines Band and the pipers of the Irish Guards performed and British pop singer Natasha Bedingfield sang her hit 'Unwritten'. Temporary grandstands were built on the dockside to accommodate the hundreds of guests invited by Princess Cruises to witness the spectacular ceremony. 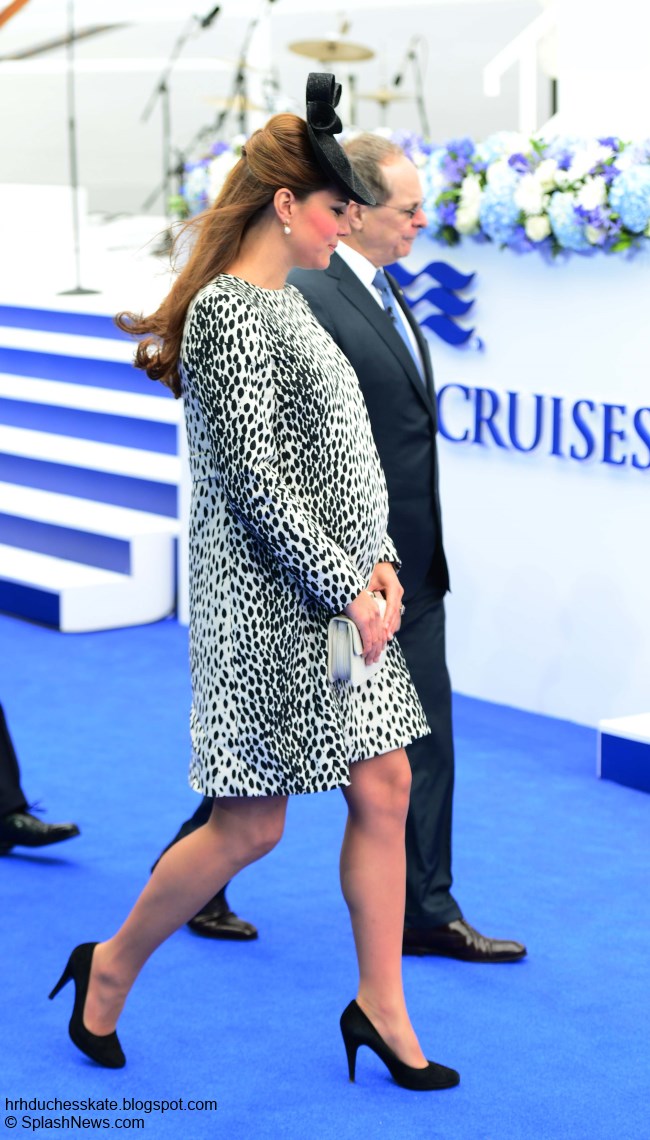 The Duchess's presence today was much appreciated by the ship's operators, Princess Cruises. Alan Buckelew, the line's President and CEO said: "We can think of no better way to celebrate our company's British heritage and our commitment to the country."

Kate also showed her support for the port. The British Cruising Industry is Southampton's biggest employer and power base.


Diana, Princess of Wales christened the original Royal Princess in 1984.  The Princess arrived at the cruise terminal by train, toured the vessel and met the ship's company. She presented the captain and crew with a beautiful ceremonial sword to commemorate the occasion. It's poignant that almost twenty-nine years later her daughter-in-law christened the new Royal Princess.

'Like her namesake that debuted in 1984, the new Royal Princess is indeed a special ship, inspiring equally special godmother, the Duchess of Cambridge.'

Kate was given a tour of Royal Princess during which she was accompanied by the vessel's master, Captain Tony Draper. The Captain will guide the vessel on a brief two night voyage this evening and the maiden voyage on Sunday.


The Duchess revealed she had never been on a ship before and seemed genuinely interested in finding out more.


More from the Daily Echo:

'Kate just giggled and said 'brilliant I was expecting something high pitched' as she threw her hands up in the air as she pressed the ship's horn. She asked the officer's wives about the entertainment and whether any trips or planned. She also asked about their favourite places and if officers get to enjoy the luxuries on board'.


Kate laughs as she sounds the ship's whistle.


The Duchess then attended a reception where she mingled with dignitaries and representatives from various charities.


A look at some delicious canapés which were offered to guests.


At the reception, one guest turned to Kate and said "You will make a wonderful mum".

The Duchess signed her official portrait, which will be placed onboard.


The Duchess elected to wear the Hobbs Dalamtion Print Mac. It was an unusual choice for the Duchess, the structure and fit of the coat are very much in keeping with Kate's typical style but the print was an unexpected choice. It's also interesting to note it is not a maternity garment, Kate most likely purchased one size up and had it altered. The coat is available for £169 House of Fraser.


There are a number of pieces in the Hobbs collection featuring the dalmation print including the Hobbs Niamh Dress. The £110 garment is 100% cotton with short sleeves and a round neck.


Other similar items include the Niamh T-Shirt, The Savannah Jacket and Matching Trousers (not an item many could wear) and the Niamh Cardigan.

In this photo we can see Kate is wearing a white dress underneath. 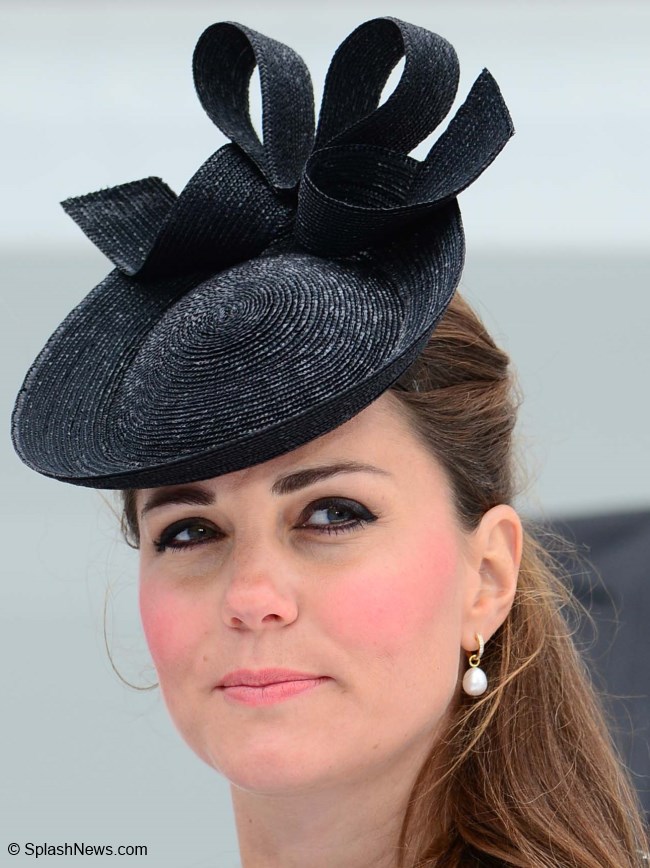 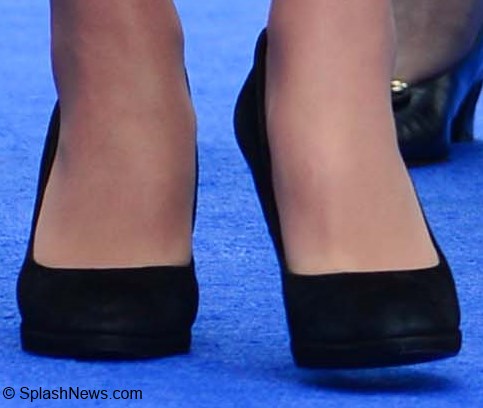 The Duchess accessorised with her Annoushka Pearl Earrings.


Perthz Fashion quickly identified Kate's pretty new bag as an Alexander McQueen piece, it is thought to be a custom made version of the Wicca Mini Satchel. 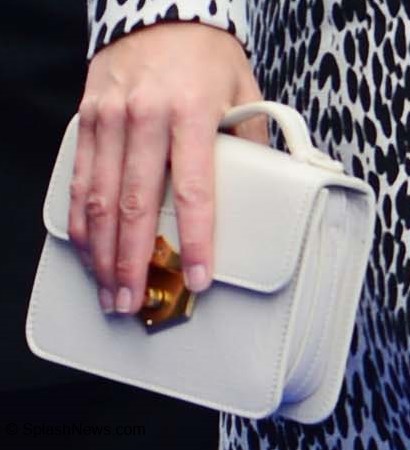 You can watch videos at ITN Source and The Daily Echo.


It was a spectacular ceremony, there was a real sense of occasion about it. It's lovely to see old traditions continuing and Kate did wonderfully. One got the impression she thoroughly enjoyed the tour in particular and meeting officers at the reception. I also love that she took a risk in terms of her style and it paid off.

One for the tweeters among you; the Baby Cambridge Fundraiser is hosting a twitter chat this evening at 7pm BST. Royal correspondent Victoria Arbiter will be joining us answering questions and providing insight. We'll be discussing a wide array of royal topics. The fundraiser's twitter account is @RoyalFundraiser and mine is @HRHDuchesskate. Hoping to see some of you there! :) 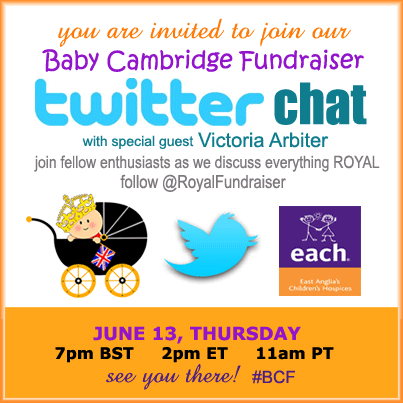 We'll see Kate on Saturday for Trooping The Colour, the Queen's birthday parade.
Posted by Admin at 12:11:00