The annual Order of the Garter ceremony took place at Windsor Castle today. As expected the Duchess was not in attendance.


The Most Noble Order of the Garter, founded in 1348 by Edward III, is the highest order of chivalry existing in England. St George is the patron saint of the ceremony. The Queen appoints the Knights of the Garter without advice from ministers and this year there will be no new Knights installed into the order. Interestingly, Prince William was the 1000th Knight on the register when he joined the Order in 2008.

Arms of the Order of the Garter.

A service at St George's Chapel was preceded by the procession of members of the Order of the Garter.


The Queen was all smiles today and no doubt delighted that Prince Philip was released from the London Clinic following exploratory surgery. He is currently convalescing and is expected to resume royal duties in the autumn.

If you're missing the Duchess, who is currently on maternity leave, there is a good chance she will attend Melissa Percy and Thomas Van Straubenzee's wedding on Saturday. :)

Yesterday was Father's Day (we hope all the fathers among you had a splendid day) and Kate spent the day with her father at the Middleton family home in Bucklebury, Berkshire. The Duchess was spotted at a gas station with Mike Middleton by a very excited tweeter.


Meanwhile, William and Harry participated in a charity polo match at the Beaufort Polo Club in Tetbury, Gloucestershire. The Princes played on opposing teams and showed their competitive spirit as Harry appeared to shoulder barge William as they fought for the ball.

One onlooker was incredibly pleased to see the royals and snap a photo of them :) 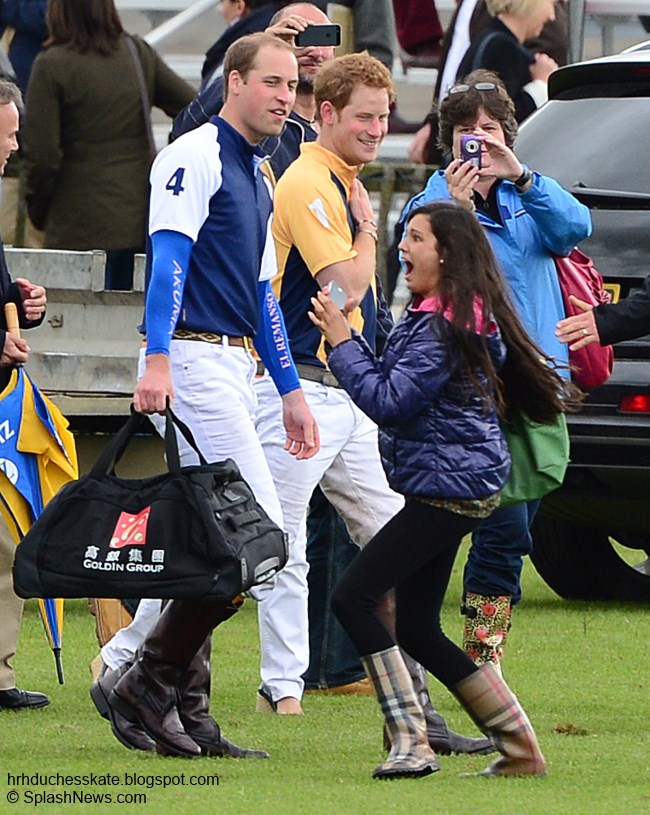 The Princes appeared to thoroughly enjoy themselves and mingled with spectators afterwards. We had wondered if Kate might make a polo appearance this season; at this point in her pregnancy it would seem highly unlikely. 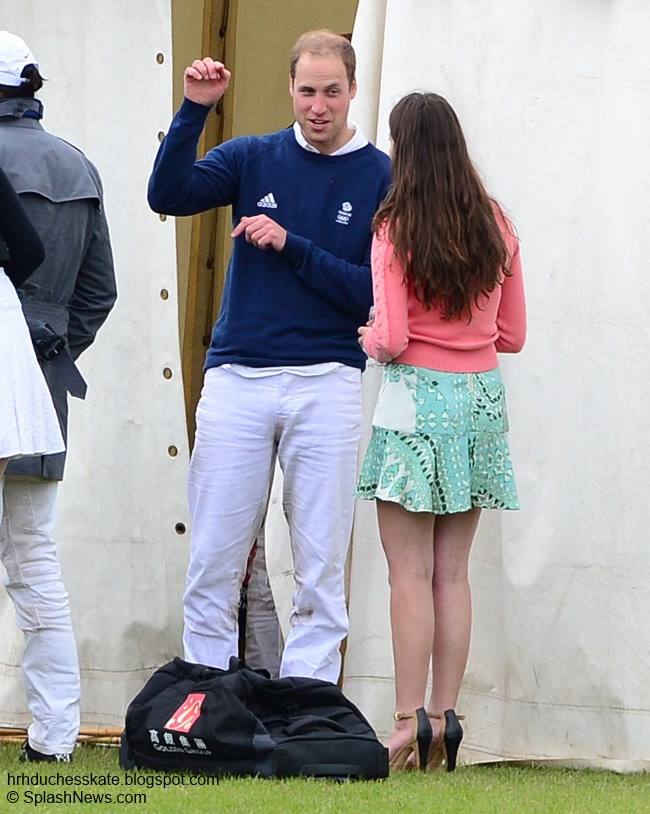 The Mirror has compiled a list of 25 interesting facts we already know about Baby Cambridge. Some of my favourites are:

Finally, we're excited to share the latest Baby Cambridge Fundraiser activity with you. Since the launch we have held a series of contests to raise funds for Kate's patronage East Anglia's Children's Hospices and the next giveaway - hosted by the amazing What Kate Wore - is one I think you will enjoy...


If you're not familiar with Style Rocks you'll be interested to know they're quite different from your typical online jewellery retailer. The ground-breaking website allows customers to design their own quality, affordable jewellery online. It's all about customisation and personalisation, designing a piece which is truly unique; with over 3.4 trillion customisation options there is truly something for everyone.

Below we look at a selection of bestselling pieces.

The brand's creator Pascale has been amazing in her efforts to support the fundraiser and has created a group of jewellery named the Cambridge Collection and is donating 10% of all sales from the collection to our charitable endeavour.

You can find all the relevant entry details in What Kate Wore's excellent post. Wishing all entrants the very best of luck!
Posted by Admin at 18:50:00