William and Kate watched the Welsh rugby team take on the New Zealand All Blacks at the Millennium Stadium in Cardiff this evening.


Before the match the Duke and Duchess met with beneficiaries of the Welsh Rugby Charitable Trust, which supports injured former players.


More from The Telegraph story:

'The Duchess shared a joke with Paul Davies, 50, a former Lance Corporal with the Royal Welch Fusiliers, who was paralysed from the chest down when a scrum during an Army rugby match collapsed, dislocating his neck and crushing his spinal cord when he was 20. Mr Davies, went on to manage the Great Britain wheelchair rugby team at the Sydney 2000 Paralympics, and was awarded the MBE last year for services to wheelchair rugby and Army veteran charities'.


Prince William became the Vice Royal Patron of Welsh Rugby Union in 2007 and has called Welsh island Anglesey his second home since January 2010. Needless to say William and Kate are big supporters of the team.


Interestingly, Prince William visited the All Blacks training camp in Auckland in 2005 and enjoyed a chat with the team. 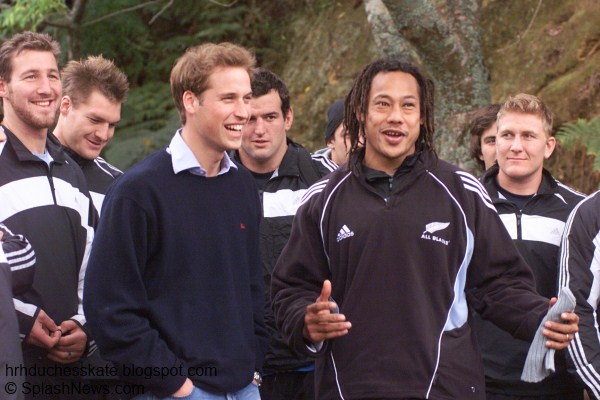 It proved to be a tense match with Wales doing their utmost to beat the mighty All Blacks but the dragons were defeated. It has been a trying season for the Welsh team who have lost their last five matches and haven't beaten New Zealand in almost sixty years. (with thanks to my fiancé for match updates, yours truly knows nothing about rugby :))


Kate paid tribute to Wales in the red LK Bennett 'Ami' coat she wore on her UNICEF visit to Copenhagen with a red belt. 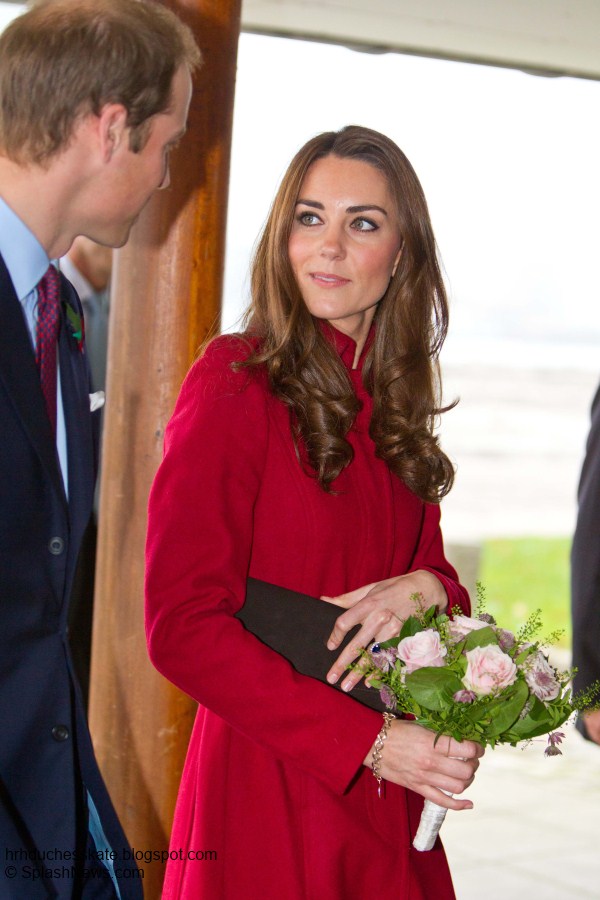 The coat was originally priced at £345 and was later reduced to £276 before selling out in all sizes. The 'Ami' is made in a rich wool mix and is fully lined.

Kate teamed the 'Ami' coat with her Aquatalia Rhumba Boots. The weatherproof stretch boots have a functional half inside zipper and a padded leather footbed for comfort. They are available in black suede and espresso suede for $698.


Kate also carried a red Gucci Clutch (with thanks to the wonderful Anna who shared the ID via WKW FB) The €1150 1921 collection shoulder flap bag with horsebit detail is part of a special edition collection conceived to celebrate Gucci's 90th anniversary. The bag is made in Italy and features a detachable metal chain strap.


The clutch in red.

You can watch a video at ITN Source of William and Kate meeting officials backstage before the match. 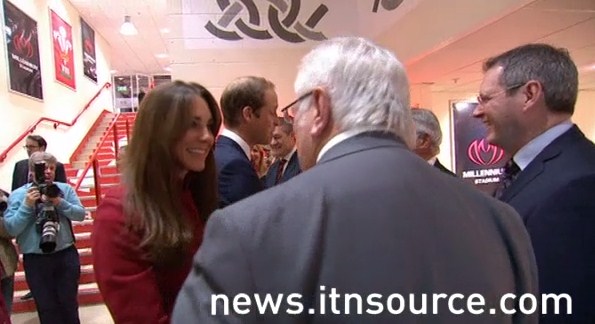 What do you think of Kate's bangs? I quite like the straighter hairstyle.

I'd like to thank everyone who took the time to enter the London Sole giveaway. It has been so much fun! With the help of a spreadsheet and a Random Number Generator we have a winner! :)

A massive congratulations to our winner Sarah Maiello (You can find my contact details here Sarah, please get in touch via email, Facebook or Twitter)  I hope you enjoy your Black Glitter Pirouette's, I have no doubt they will add a real sparkle to any outfit. I would also like to thank Maggie from London Sole, she has been an absolute joy to work with and incredibly generous with her time.