Good evening to you all,

Apologies for the lack of posts over the past week, I have been extremely busy due to various commitments and regular posting will be resuming from tonight. What better way to begin the post than with news of an imminent black tie event for our favourite royal couple. :)

The Duke and Duchess of Cambridge will attend a reception and dinner in aid of University of St Andrews 600th Anniversary Appeal on Thursday, November 8th at Middle Temple Inn (earlier this month William and Kate visited Middle Temple to launch a scholarship programme). The Duke is patron of the anniversary campaign, which he launched in St Andrews on February 25, 2011. 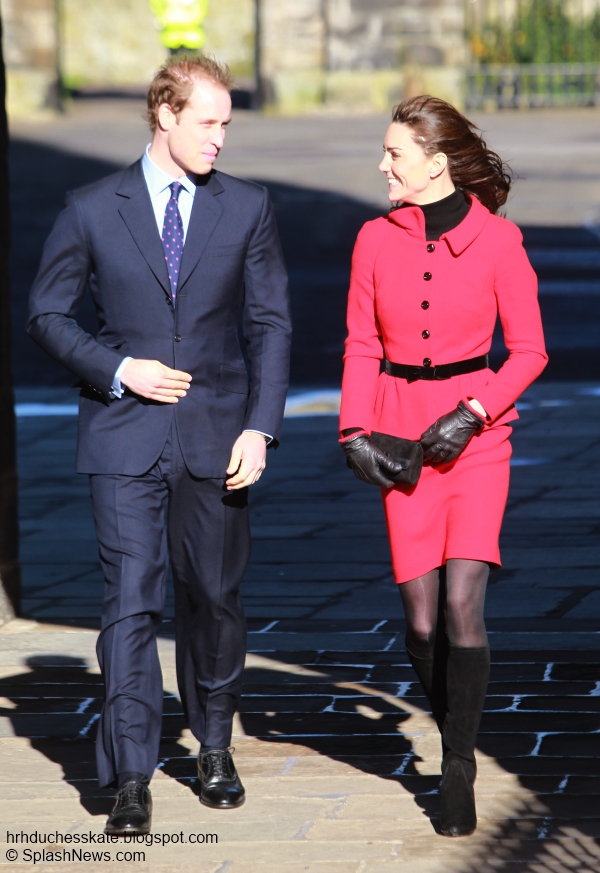 Also in attendance will be Principal and Vice-Chancellor Professor Louise Richardson, Chancellor Sir Menzies Campbell, together with over 250 alumni and friends. Entertainment will be provided by The Other Guys, a student a capella group who became a YouTube sensation with Royal Romance. I wonder what William and Kate thought of the spoof musical tribute? :)

A small number of premium tickets for this exclusive private donor event are available to friends and philanthropists. Further information on the aforementioned tickets is available here.

William and Kate first met in St Andrews and both graduated in 2005, so there's no doubt the Scottish university holds a special place in their hearts. I'm very much looking forward to this event, and I expect the couple will reminisce about their University days and we will see Kate in a full length gown, possibly a blue frock to honour the colours of St Andrews.

The event will not be the only black tie event the Cambridges will attend in November with another one scheduled for later in the month (possibly the 24th). I will let you all know when there is an official announcement.

Duchess Kate has taken up the favourite Royal pastime of riding despite being allergic to the animals, it has emerged. Kate told Paralympic medallist Lee Pearson she had taken up the sport at the Buckingham Palace Reception for Olympic and Paralympic athletes.

More from the Telegraph article:

'Mr Pearson who won his tenth Paralympic gold medal this year, said: "Kate said she's been learning to ride so I offered to give her some lessons. She held my medals and said how heavy they were, and asked if I'd been riding all my life." He added he had given the Duchess advice after the Countess of Wessex made him aware the novice rider was allergic to horses. "I said 'so am I- but anti-histimines are wonderful'. "he disclosed.

Kate favourite Aquatalia are holding an exciting giveaway with three $250 gift cards to be won. In order to be in with a chance you must take part in the Royal Rhumba picture hunt, spotting the difference between images of Kate wearing Aquatalia. To enter the contest simply click here. Wishing you all the very best of luck!

Pippa Middleton has been busy promoting her first book Celebrate: A Year of Festivities For Families and Friends over the past number of days. At Thursday's book launch Pippa was joined by her brother James and parents Mike and Carole. When I saw photos of the foursome it was quite noticeable that Kate was absent from the family photos and I thought it must have been incredibly difficult for her not to be there to support her sister, and while being a member of the royal family certainly has its advantages, there are disadvantages, too. 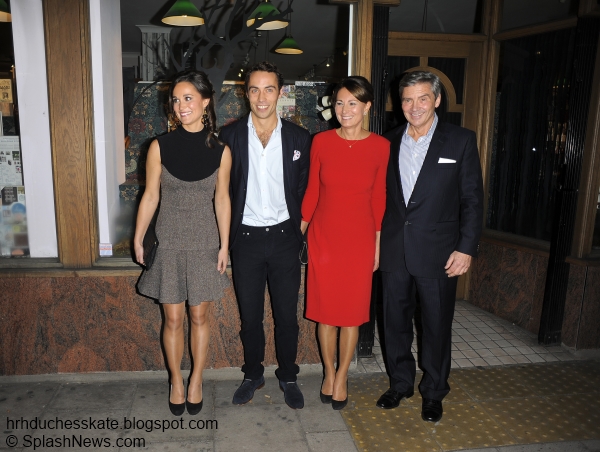 The Palace would not want Kate to be seen promoting commercial activities and Kate would not have wanted to overshadow Pippa's big day. Had the Duchess been in attendance the spotlight would have firmly focused on her. A number of you have already commented on Kate's absence from the launch and the reasons she could not attend. I would be very interested to hear more of your thoughts on this?

The launch was a huge success and Pippa looked lovely. You can watch a video from the event and see oodles of photos at the Daily Mail.