What Will Kate Wear During The South-East Asia Tour?

Can you believe the tour is less than a week away? Are you all looking forward to it? I expect final preparations are being made at the moment for the couple's second tour with Kate focusing on her sartorial choices for upcoming engagements. It has been reported Kate will need upwards of thirty outfits which is quite a task for the Duchess who does not have a stylist. A number of factors would have come into consideration such as the humid climate, something which may see Kate choosing Spring/Summer pieces. Islam is the largest practiced religion in Malayisa and Kate will no doubt be conscious of that and opt for conservative, demure pieces.

We can expect to see a mix of designer, high street and recycled pieces. Kate arrived in Canada last year wearing the beautiful Erdem Cecile dress. Erdem is a well known Montreal-born designer, so it is entirely possible the Duchess will choose to showcase pieces by Singaporean and Malaysian designers.

Let's begin with a look at some of Singapore's most talented designers beginning with designer turned artist Benny Ong. Born in Singapore of Chinese descent, he moved to London to study fashion in 1968 where his charming, pretty designs became an instant hit. Mr. Ong designed uniforms for the British Airports Authourity, British Telecom and remodelled the clothes of security staff at leading hotels in Beijing ahead of the 2008 Olympic Games. The designer went onto to become a favourite designer of the late Princess Diana, creating many of her most stunning looks. 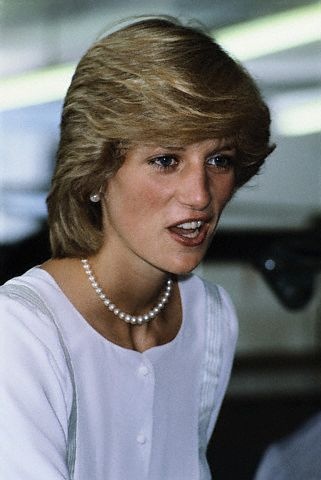 During an interview with Prestige Singapore Benny Ong was asked if he would like to dress Kate:


'Yes definitely. I would use Peranakan clothes. I think she would look lovely'.

Singaporean born designer Ashley Isham combines contemporary and classic. The dresses Ashley creates possess a unique handwriting synonymous with the designer. Ashley was the official designer of the 2004 BAFTA's and his clients include style icons Keira Knightley and Angelina Jolie.

Below we look at pieces from the Spring/Summer RTW Collection.

Jo Soh's Hansel is designed to cater to the modern woman and features original prints in all its collections. Named after her beloved Jack Russell terrier, the whimsical, sophisticated label is, in my opinion, quite wonderful.

Pieces from the 'Lily the Lady' collection at The Hansel shop.

Another strong possibility is Singaporean born designer Pabal Gurung. A look at his Resort 2013 Collection.

One of the couple's most exciting engagements during their visit to Malaysia will be an official dinner given by His Majesty The Agong at his stunning residence, the Istana Negara. Guests are said to include iconic Malaysian shoe designer Jimmy Choo. Kate is already a huge fan of the designer and could wear her favourite Vamp Sandals or Cosmic Pumps for the dinner which is likely to be held in the beautiful throne room.

Another strong possibility is Malaysian born designer Bernard Chandran who is no stranger to dressing royalty including the royal families of Malaysia and Brunei. Due to this he has become known as the "King Of Fashion".


Renowned fashion designer Zang Toi has built a tradition of elegance for over twenty years and has dressed celebrities such as Elizabeth Taylor, Sharon Stone, Meg Ryan and Eva Longoria. While much of his collection would not be typically Kate, tailored, feminine dresses and jackets from his Spring/Summer 2012 Collection would look amazing on the Duchess.


Farah Khan has been described as the driving force of high-end fashion and its presence in Malaysia.


'Farah Khan personifies the fearless dynamic woman. Sophisticated and sexy, she celebrates life with what she wears'.


Actresses Nina Dobrev and Krysten Ritter in Farah Khan. The designs are quite glitzy and sparkling therefore not typical of Kate's demure style, however, as Farah is one of Malaysia's best loved designers, I wouldn't rule it out.


Kate will also need casual, practical clothing especially during her visit to Danum Valley where Kate will explore the jungle and possible see orang utans. We will most likely see Kate wearing a lightweight blouse and trousers (similar to the outfit the Duchess wore when visiting Blachford Lake) as I expect it would be too hot for skinny jeans. Zara have stylish yet comfortable trousers in stock at the moment, a favourite brand of Kate's.


Kate's 'go to' designer McQueen will most likely feature in her tour wardrobe.

Other 'Kate designers' I would love to see include the aforementioned Erdem.

I would love to hear your thoughts on the designers featured in the post and what would you like to see Kate wear? I hope we see Kate inject a bit of colour into her wardrobe whilst remaining true to her classic style.
Posted by Admin at 07:31:00