It's another day at the Olympics for Kate who watched the athletics this morning.

Kate wrapped up in her Team GB jacket. Below we see her talking to Sally Gunnell.


Kate was there to support Team GB and was no doubt very impressed by Jessica Ennis who made a sensational start in her bid for Heptathlon glory.

Jessica Ennis missed the Beijing games after suffering a foot injury. Despite this the Sheffield athlete has broken the British record and her personal best with a time of 12.54.


The Olympic cauldron shined on the first day of sport at the stadium. It's magnificent isn't it? 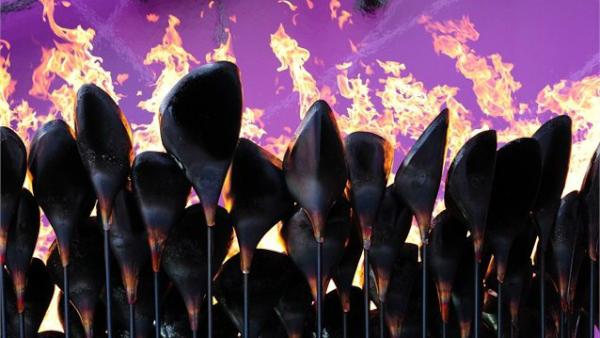 In other news, Kate is quite the cover girl this week.

William and Kate feature on the cover of Hello's souvenir Olympic edition.

Kate seems to be thoroughly enjoying the games and taking in as many as she can. I wouldn't be at all surprised if she watches at least two more today. See you all later and thank you for reading :)
Posted by Admin at 13:43:00