Red Roses For Kate On Valentine's Day: The Brink and Alder Hey Visits

Liverpudlians got a Valentine's Day surprise with a visit from Duchess Kate today. Kate began  by paying a visit to alcohol free bar The Brink this morning. A project by one of Kate's patronages Action On Addiction. St James' Palace said Kate had prepared extensively for the visit.

The Brink, located in Liverpool's city centre is a successful new bar proving alcohol does not have to  play a part in socialising and enjoying yourself. It is also a recovery enterprise, which means all profits go directly back into the community to fund support for those who have suffered through alcoholism and addiction.

The Brink describes itself as

"A revolutionary new venue that's so much more than your usual café bar. We've taken alcohol out of the mix to provide a truly welcoming, creative and intelligent space where people can dine, hang out and relax".

Duchess Kate was presented with a Valentine's Day cupcake by eight year old Jaqson Johnston-Lynch. It will certainly be a special memory for Jaqson in time to come when he looks back on spending Valentine's with Kate. 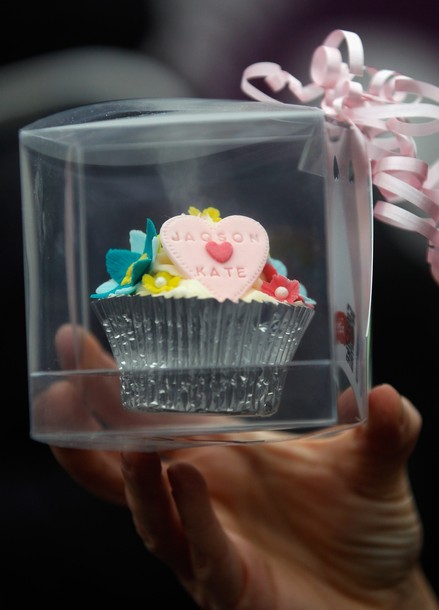 Kate made a smoothie at the dry bar and enjoyed a sip. Staff created the healthy 'Duchess Smoothie' made with almonds, honey, cream, milk and bananas in Kate's honour which has naturally been hugely successful. Kate also enjoyed a performance by the bars choir.

Reporters at the scene overheard Kate say William had sent her a card and flowers. A member of staff at The Brink asked Kate 'Did you get anything nice for Valentine's Day? to which Kate replied 'Yes I did, thank you'.

Kate was also presented with a posey of roses by a little Prince Charming.

Before leaving Kate surprised fans with a walkabout, Kate was given cards and quite a few boxes of Roses chocolates :)

Kate's visit to The Brink was received extremely well with one reporter noting 'The thing that struck me most was the warmth of her goodbyes'. You can watch the video here. Kate then made her way to Alder Hey Hospital where she spent over half an hour meeting with members of the public during a long walkabout. Kate has previously joked she gets told off for too long.

This is the first time we've seen Kate interacting with the public alone and she's doing fantastically. Members of the crowd described Kate as 'utterly charming'.

Kate met seven year old Aimee Haswell who was diagnosed with a rare type of congenital heart disease, Hypoplastic Left Heart Syndrome when she was just nine days old. The left side of Aimee's heard had not developed properly, which means the right side is under huge pressure to pump blood and oxygen. When Aimee met Kate she did a curtsy and Kate did a little one back.

Carson and his brother Ethan made Kate a card which she said was 'lovely'. Kate revealed the name of her cocker spaniel to Ethan but told him to keep it a secret :)

Alder Hey is one of the Europe's busies children's hospitals providing care for over 200,000 children annually. Offering over twenty specialist services including being the designated national centre for head and face surgery. The facilities provided here are lifesaving and awareness is essential. 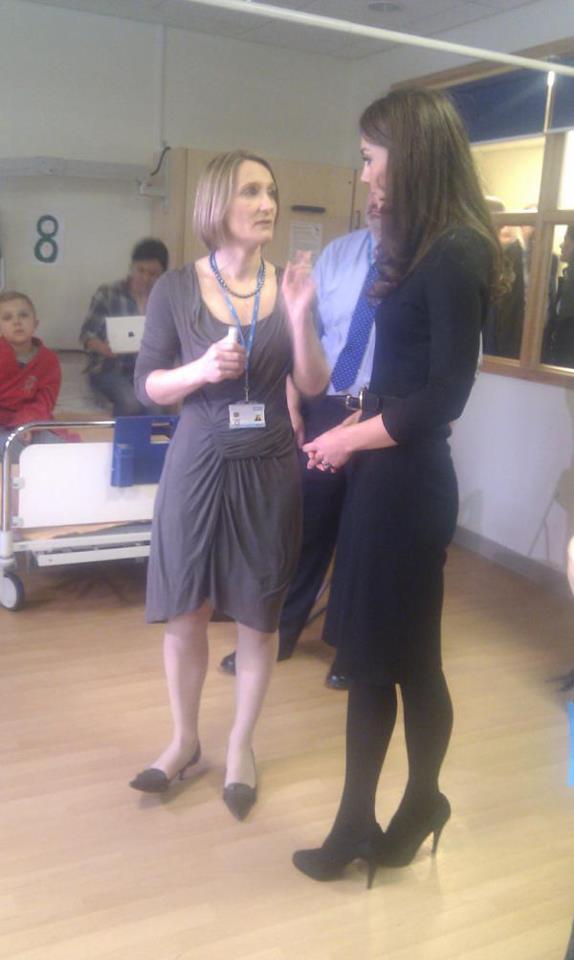 Inside the hospital Kate met patients and staff. She was also given a tour of the hospital's facilities, including the 3 - T Intra-Operative MRI scanner which was funded by a £3 million donation from the Barclay Foundation and officially opened by Prince William in 2010.


Kate also visited the Ronald McDonald House at Alder Hey. Since opening in 1993 the house has provided accommodation for over 16,000 families with sick children. The house is funded by an independent charity which is currently fundraising for the development of a new apartment block which will allow families to be with their loves ones and provide much needed privacy. If you wish to donate please Click Here. 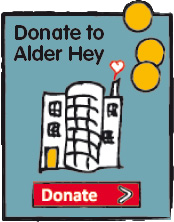 Kate unveiled a plaque with the Harris family to officially open new apartments at the Ronald McDonald house.


Kate wrapped up in her Hobbs Celeste Unlimited Coat. Kate was seen purchasing the coat in Sloane square last September for £369. It was on sale today for just £182. As with all Kate items it sold out within a couple of hours. It is described as


"Wrap up warm in this stunning double crepe wool coat. In a sumptuous seasonal chestnut brown, this coat subtly flares from the hips. It's given an on trend toughened edge thanks to the leather stud fastening, cuff straps and waisted belt". 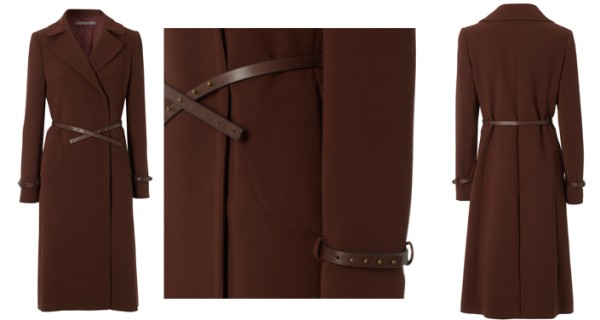 Kate wore a fitted black polo neck, wool dress by high street brand Oasis. The dress is from a collection three years ago. Perhaps Oasis will reissue the dress. Kate accessorised with a stylish belt.  Update: Kate was photographed wearing the dress in December 2006. (With many thanks to Keriane)

Kate also wore a black skirt, her black suede pumps, opaque tights, black suede clutch and the stunning pair of Kiki McDonough 19ct gold and diamond  earrings she first wore for Christmas at Sandringham. It was thought they were a gift from William. They are currently sold out but retailed for just over €2,200. The earrings shown below are citrine. Kate's are green amethyst.

Kate looks incredibly tanned and her make up is beautiful today. I love the choice of eye make up and sparkly lipstick.


Watching Kate meet with the public today at Alder Hey was quite fascinating. The public reaction to her is simply amazing, people warm to her so easily. Today was reminiscent of Diana's days as a royal, I genuinely believe the British public hold the same affection for Kate. Today was the first time we really saw her as an independent royal and she did superbly. The Palace said Kate was touched by the welcome she received. I think the photo below says it all....


Wishing you all a very Happy Valentine's Day :) 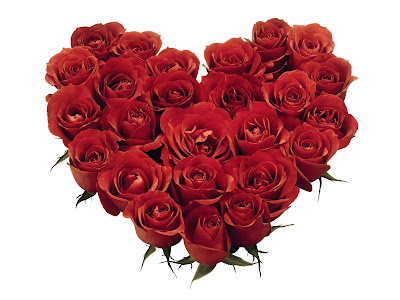